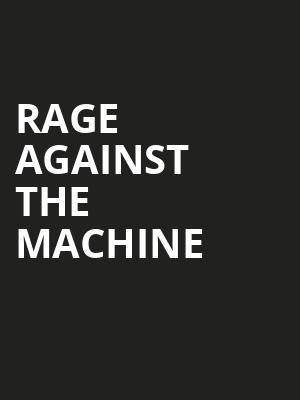 Rage Against The Machine

Why See Rage Against The Machine?

The nu-metal gods are smiling as Rage Against The Machine announces the end of their eight-year hiatus with this brand new trek. Heading out across the country with Run The Jewels in tow, the Public Service Announcement Tour will see Zack, Tim, Tom and Brad back on form, performing politically charged hits from their extensive, multi-million selling back catalog, including the iconic rock anthem 'Killing In The Name' and many, many more.

Formed back in 1991 in California, RATM are one of the genre's most influential groups, with their highly political brand of rock fusing together elements of nu-metal, funk-rock, and rap metal to deliver cutting lyrics on the state of the world.

You may be required to have had a COVID vaccine in order to attend this performance or show proof of a negative test. Please contact the venue directly for more information on this.

Seen Rage Against The Machine? Loved it? Hated it?

Sound good to you? Share this page on social media and let your friends know about Rage Against The Machine at PNC Arena.