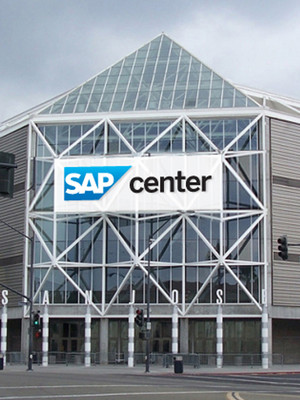 If you're happy to travel

You can catch Franco Escamilla at SAP Center in San Jose, showing Sep 10, 2022

Franco Escamilla is also touring to:

The Mexican master of sarcasm returns!

Mexican star comedian Franco Escamilla heads out on engagements across North America! The portly, bespectacled funnyman is known for his performing troupe La Diablo Squad, and adds a musical influence into his shows, taking his guitar on stage regularly.

Known for his sarcastic and sour humor as well as his charm Escamillo has become one of the regions' most well-liked satirists. Also a huge digital trend-setter, he is also known for his comedy radio shows, which has helped build a massive worldwide fanbase in the process. His sarcastic humor and charm make him one of the regions' most well-liked satirists, alongside his peers including Felipe Esparza and Jesus Martinez 'Palillo'.

You may be required to have had a COVID vaccine in order to attend this performance or show proof of a negative test. Please contact the venue directly for more information on this.

Mr. Escamilla, is an outstanding comedian that utilizes sarcasm for humor during... more

Sound good to you? Share this page on social media and let your friends know about Franco Escamilla at Raleigh Convention Center.