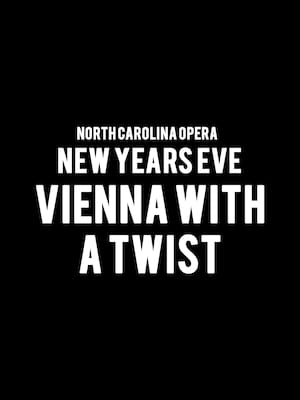 From the soaring opening notes on the clarinet, to the razzle-dazzle of the brass, this is music full of excitement, swagger, and Gershwin's love for his home.

Ring In The New Year With Big Band Swing

Ring in the New Year with the grace, glitz and glamour of 18th century Vienna! Proudly presented by the North Carolina Symphony and its Associated Conductor Wesley Schulz, this extra special program features George Gershwin's glorious Rhapsody In Blue, soaring Big Band Swing classics and exquisite Viennese Waltzes. To top it all off, the ensemble welcomes piano virtuoso Jeffrey Biegel to tickle the ivories for the evening!

Written in 1924, Rhapsody In Blue quickly became on of America's most popular concert works thanks to its fusion of classical music and jazz-influenced effects. Reflecting the dynamic energy, playfulness, rhythms and noise of New York before the Great Depression, the piece is filled with Gershwin's trademark dazzling piano solos, mellifluous melodies and changing moods, making it the ultimate sonic tribute to his home city.

Sound good to you? Share this page on social media and let your friends know about North Carolina Opera - New Years Eve - Vienna With A Twist at Raleigh Memorial Auditorium.