Sorry! You missed West Side Story at Raleigh Memorial Auditorium 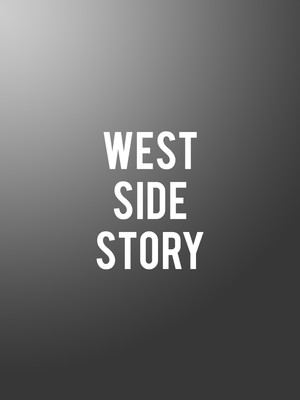 "West Side Story" is a beautifully-mounted, impressive, emotion-ridden and violent musical

Why See West Side Story?

Experience the magic of West Side Story

Romeo and Juliet never looked or sounded so hip! In the late 50s and early 60s, a hallowed collaboration between legendary screenwriter Arthur Laurents, choreography master Jerome Robbins and composing icons Leonard Bernstein and Stephen Sondheim produced the thrilling musical theatre phenomenon West Side Story on both the stage and screen. Experience the sizzling dance and angular, syncopated melodies when the classic Shakespeare-inspired tuner is revived at Raleigh's Duke Energy Center this fall.

Much like their Motangue and Capulet counterparts in fair Verona, rival Big Apple gangs the Sharks and the Jets are divided by prejudice and hate. When two youngsters, Maria and Tony cross gang lines and fall in love, it inflames tensions and violence breaks out on the sizzling streets of New York. Determined not to let anything get in the way of their destiny together, the lovers plan a secret elopement, but after a rumble-under-the-highway goes awry tragedy strikes and fate takes a vastly different turn.

Seen West Side Story? Loved it? Hated it?

Sound good to you? Share this page on social media and let your friends know about West Side Story at Raleigh Memorial Auditorium.