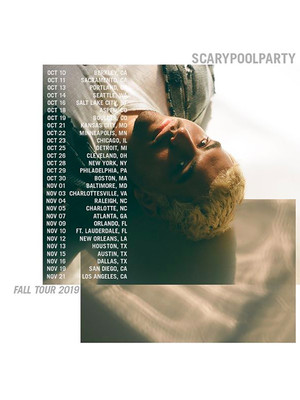 American Idol runner up hits the road in debut tour!

The stand-out star of the 17th season of American Idol, Alejandro Aranda, is heading out on his first tour just mere months after becoming the runner up of the 2019 competition! This debut will see the pop-indie singer hit 31 cities across North America under his 'busking days' name, Scarypoolparty, and with the promise of his first studio album is in the works and will be released soon...

Alejandro Aranda first wowed the judges (Katy Perry, Lionel Richie, and Luke Bryan) when he performed his original song "Out Loud" in the first round of auditions. Not only did Aranda wow the judges but he also won the hearts of the public, continuously going viral and being voted to stay week after week!

Originating from Pomona, California the 25-year-old songwriter came to music later in life and taught himself how to sing and play the guitar! After busking around California under the name "Scarypoolparty" Aranda was heralded as the 'Artist of the Year' in the annual Five of Five Entertainment and Californian State University talent competition in 2017.

*Please note that Alejandro Aranda will be performing as Scarypoolparty from October 10th!*

I followed American Idol during Alejandro's season, only because I happened... more

Joe DiCara: “All sides of Alejandro”

If you left early you missed the Alejandro you came to see! He did it all... more

Sound good to you? Share this page on social media and let your friends know about Alejandro Aranda at Lincoln Theatre.